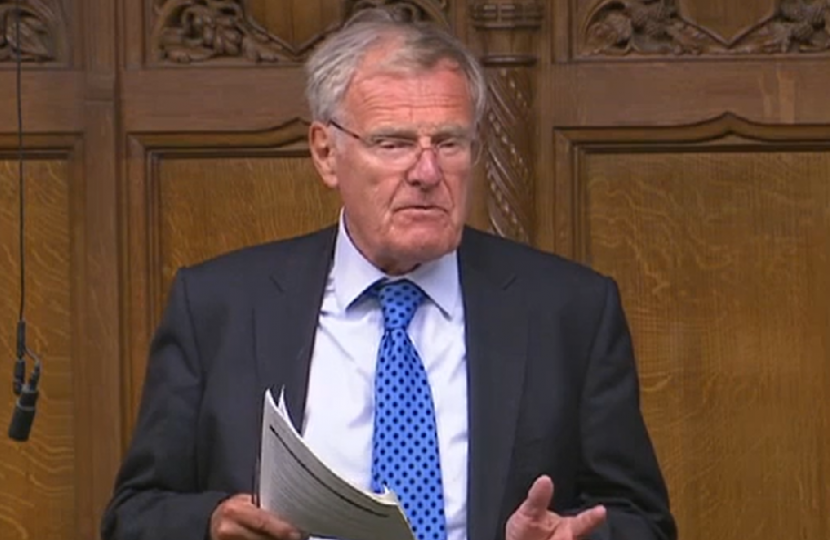 Please see below the text as taken from Hansard of Sir Chris's statement in the House of Commons during the Covid19 Debate:

It is a pleasure to follow Mike Hill, and I am sorry to hear about the problems afflicting so many of his constituents in Hartlepool.

It was great to be in the Chamber when my right hon. Friend Sir Desmond Swayne addressed us earlier. I am privileged to be one of his constituents, and I can tell you, Madam Deputy Speaker, that when he speaks in this Chamber in the way that he did today, he speaks for tens of thousands of his constituents, not to mention hundreds of thousands elsewhere in the country.

I welcome this debate, but I note that it has come almost as a panic measure by the Government because they suddenly looked at the promises that were made at the time they introduced the Coronavirus Bill six months ago. In their introduction to that, they said that there would be

I will support the amendment to the motion on Wednesday tabled by my hon. Friend Sir Graham Brady if it is selected. If it is not, I still hope that the Government will respond positively to the spirit of that amendment. However, even if the amendment is carried, I am not yet persuaded that I need to support the continuation of the Coronavirus Act. Why am I not persuaded of that? Because the Government are guilty of covert mission creep.

You will recall, Madam Deputy Speaker, that when we were told six months ago that it was necessary to rush legislation through, it was on the basis that we wanted to prevent our NHS from being overwhelmed, with people dying from covid in hospital corridors and not being able to access the care that they needed. Fortunately, as a result of the emergency measures that were taken, that scenario never arose. People were taken to hospital, and they received the very best treatment in hospital and continue so to do.

The original objective of the legislation has been achieved, but, as so often happens with regulation brought in by Governments, they want to keep it. They say, “Oh, we need to keep it just in case.” That is why, in an Adjournment debate on 2 September, I demanded that if the Government were going to keep the regulations, it should be on the basis that there were proper regulatory impact assessments for them. We do not have those regulatory impact assessments. It is all most unsatisfactory.

I quote again from the introduction to the original notes on the Coronavirus Bill, which states:

“For many of the clauses, it is difficult to predict how a power would be used in a specific context, and therefore what the monetised costs would be. Thus, discussion of impacts is largely focussed on unmonetised considerations.”

However, it says that each individual case brought forward

“would require judgement on the specific impacts at that time.”

That has not been provided, and it means that we have had a whole lot of unintended consequences.

When I was at university in Scotland, closing time was 10 o’clock. I could have told somebody that if we returned to a 10 o’clock closing time in a Scottish university city or town, it was likely to result in the consequences we have seen. Why were the rules in relation to early closing in Scotland changed? Because that restriction was leading to people coming out on to the streets having got themselves totally drunk, and to a lot of violence. By extending the opening hours well beyond 10 o’clock, that violence was mitigated. That was common sense—but we are not allowed to look at that now.

I was much taken by the article in today’s Times by Clare Foges, who talks about the approach in Sweden—not just the technical side of it. In Sweden, they think of public health not just in terms of death and awful problems in hospitals but in terms of living life to the full. That is why I believe that the Government must now make it their strategy to enable us to live with the virus and without fear.

Please see below the text as taken from Hansard of Sir Chris's question in the House of Commons during the Covid19 Debate: