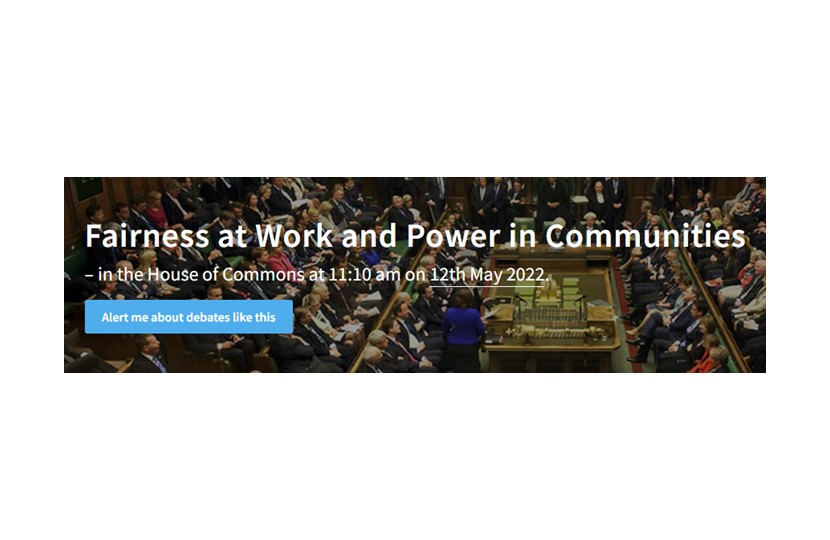 It is a pleasure to follow Mr Betts. I agree with him about one thing, which is that the Government need to show a lot more conviction in expressing their opposition to windfall taxes. They are a simplistic solution that always end up hurting hardest the ordinary people who work in this population. I am against windfall taxes, and if I have time I will say a little bit more about that later.

Who would dare to criticise the content of the Gracious Speech delivered in Her Majesty’s platinum jubilee year? I am certainly not going to criticise it, but I would like to begin by drawing attention to some omissions from it. I referred to one of them in an article carried in today’s “ConservativeHome”, headed “Harm from Covid vaccinations. Don’t leave victims behind.” That is a reference to the need for changes to be made to the vaccine damage payment scheme. Currently, the maximum payment under that scheme is £120,000, which has not been increased since 2007. By way of comparison, as my hon. Friend the Minister on the Front Bench will know, industrial injuries disablement benefit has in the same period gone up by 39%. When I discussed this with my hon. Friend Maggie Throup, the Minister for vaccines and public health, she indicated that she took the point and understood that something needed to be done. I hope that in responding, the Minister will be able to say what is going to be done and why the Government believe it is fair that this level of £120,000 should continue to remain unchanged since 2007.

The newly formed vaccine injured bereaved UK organisation, vib.uk, which has been established in the last few days is also calling for much wider changes to the vaccine damage payment scheme. I think they are absolutely correct and in the article to which I have referred I explain why I support its suggestions for fundamental reform of the scheme to make it more flexible and relevant to the plight of those who have suffered as a result of doing the right thing by getting vaccinated.

Unfortunately, I missed the article this morning but I will be sure to read it. Does the hon. Gentleman agree that one of the biggest issues with this scheme is the length of time it takes for decisions to be made? People are waiting a significant length of time even to get an initial contact with the vaccine damage payment scheme. Does he agree that that is one of the key things that needs to be fixed?

Absolutely, and I have been campaigning for changes since I first raised this issue in the House last September. In the article I refer to the fact that at the meeting I had with the vaccines Minister on 21 April she told me that, at last, an organisation has been appointed to carry out the administrative job of assessing the claims. There are now over 1,300 claims and the first assessments have not even begun, but I am told they will now begin on 16 May. The new organisation that has got the contract is committed to dealing with 1,800 such assessments each year, which is an indication of the extent of this problem. As Kirsty Blackman rightly says, it is appalling that we have had to wait for so long, and only last autumn the Prime Minister was assuring a correspondent that people who have suffered vaccine damage should not be ignored and left to suffer in silence. So I very much agree with the hon. Lady on that point and again commend the article to her.

Another significant omission from the Gracious Speech is any reference to the promised changes from RPI to CPI as the measure for calculating the maximum annual increase in charges for pitch fees for park home residents. This issue is dear to my heart; I have been chairman of the all-party group on park homes for many years, and the Government have outstanding, overdue business not just on that aspect but on dealing with the issue of rogue operators in that field.

When I was first elected in Christchurch—25 years ago, Madam Deputy Speaker—I would never have been able to contemplate that we would have a Conservative Government presiding over the highest levels of taxation in a generation and with inflation raging at 10%. I note from the Gracious Speech that the

and I hope I am right in concluding from that that the Government are not going to introduce any further tax increases. Yet there is talk, even from some of my Conservative colleagues, about new tax increases: so-called windfall taxes. Describing a tax as a windfall tax does not make it any less of a tax and I am concerned that the Government still seem to be flirting with the idea of ever higher taxes despite all the evidence showing that windfall taxes would be a further disaster.

I have been in the House rather longer than the hon. Gentleman and I remember when the first windfall tax was introduced; it was by the Conservative Prime Minister Margaret Thatcher. She made very good use of a windfall tax on the banks, which had made a very big profit. I thought it was a very good innovation; what is wrong with Thatcherism these days?

As with so many things about Thatcherism, the Labour party tried to copy it and, when Gordon Brown introduced a windfall tax, it was such a disaster that ever since Governments have decided that windfall taxes are a very bad idea. I was not in the House at the time, but the justification for the windfall tax to which the hon. Gentleman refers was that the Government had pushed up interest rates in response to rising inflation, so the banks had received a windfall benefit. Those arguments are nothing like those prevailing at the moment, where we need to encourage our oil and gas industry to invest, rather than disinvest, in our economy. Instead of windfall taxes, the Government should be talking about paying back to taxpayers some of the windfall receipts of tax revenue. VAT receipts are now expected to be £47 billion in the coming year, £9 billion more than predicted. So the case for removing VAT on energy bills completely and scrapping green levies on energy bills is overwhelming. It could be financed from the windfall receipts.

I am concerned that throughout this debate there has been insufficient reference—indeed, hardly any reference—to the issue of productivity, which is fundamental if we are to get the economic growth we need. However, I congratulate the Government on, it seems, being on the threshold of completing Brexit, resolving the issue of the Northern Ireland protocol and ensuring all those restrictive practices we continued to sign up to after we left the European Union can be removed. If this Government are able to finally deliver the full Brexit, they will have my full support.