Chris Presses For Promotion Of Trade With California 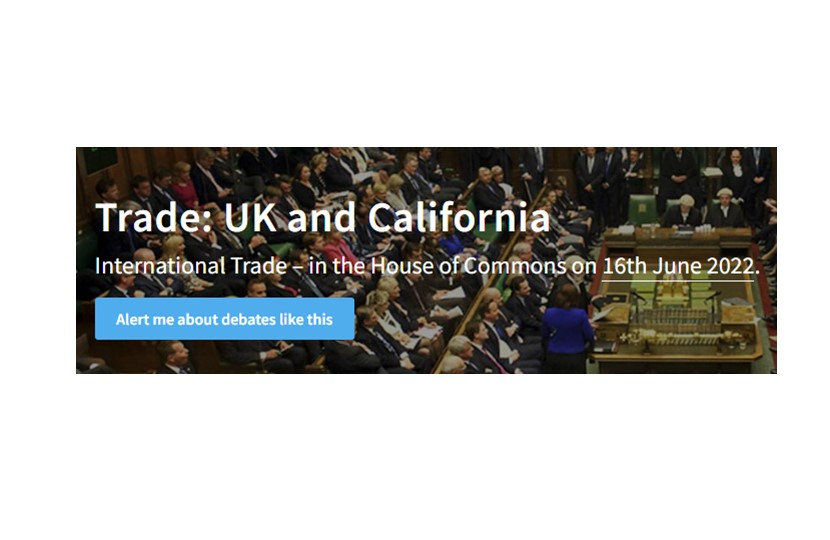 Chris Presses For Promotion Of Trade With California

What steps she is taking to promote trade between the UK and California.

Penny Mordaunt The Minister of State, Department for International Trade

Across the US, we are unlocking barriers for business at state level, while also engaging at the federal level. There is huge potential for growing trade in California, and I have visited California three times as part of the Department for International Trade stateside tour.

I thank my right hon. Friend for that answer, but as California is the fifth largest economy in the world, will she redouble her efforts and, in particular, give us a timescale for securing a memorandum of understanding with the state of California similar to that which she successfully negotiated with Indiana?

Penny Mordaunt The Minister of State, Department for International Trade

We are currently talking to about 25 states with regard to memorandums of understanding, including California. Larger economy states will take longer than smaller economies to arrive at the final MOU. We think that within the first eight we will have some super-economy states, including Texas. California will be a little way off, but I hope to conclude a large number of these MOUs by the end of this year, and we expect to sign further in the coming weeks.