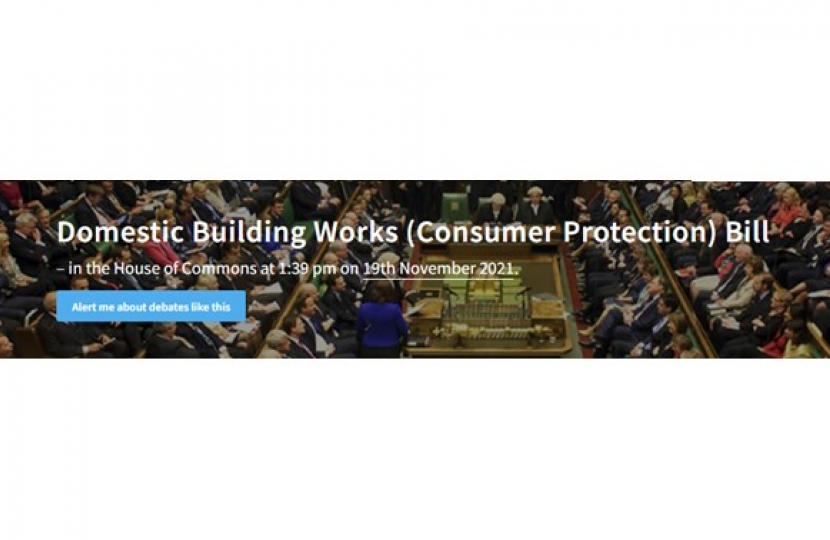 Very briefly, may I say that I very much welcome the proportionate response from my hon. Friend the Minister? He says that this issue goes back many years. I remember raising an Adjournment debate entitled “Cowboy Builders” in the 1983 Parliament. In the 1987 Parliament, I was rewarded by becoming the Minister for the construction industry. I remember the representations then, and I remember working with the Federation of Master Builders and others.

As a lawyer, one of the most difficult questions I ever had to answer was, “Can you recommend a good solicitor?” That is also a really big challenge for those who are engaged in or thinking about having building work done. I hope that, as a result of today’s debate, people will realise that they should look at organisations such as the Federation of Master Builders and Checkatrade, and go for people who have a reputation locally. It may be a little more expensive, but otherwise they could get into all sorts of difficulties. When I worked for Ernst and Young, my boss there, who I thought had the wisdom of Solomon, ended up getting a rogue cowboy to redo his driveway. He then came to me, as a non-practising lawyer, asking for legal advice about it, and I said that it was too late.

Anyway, that is enough from me. I am pleased by the Government’s proportionate response. The Bill does not seek to define “domestic building works”, which must obviously be the starting point for any regulations.