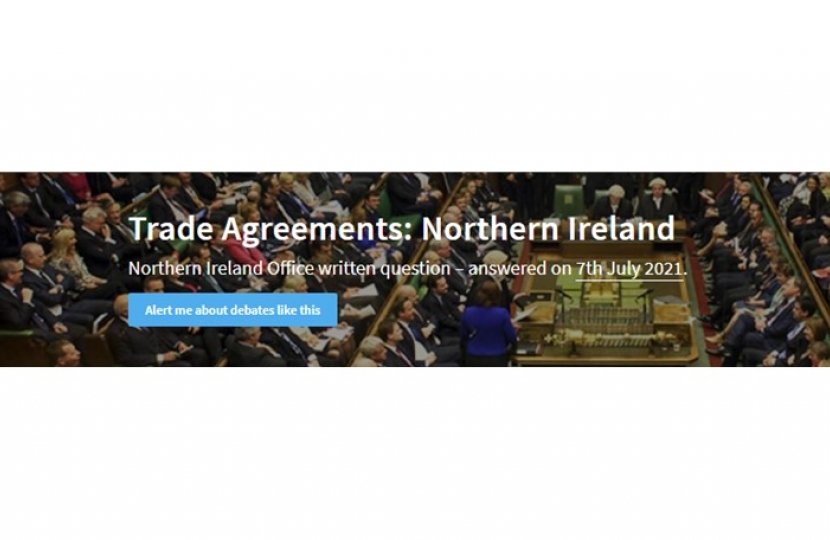 To ask the Secretary of State for Northern Ireland, what steps he is taking to encourage businesses in Northern Ireland to buy goods from the rest of the UK in preference to buying them from the EU.

Robin Walker The Parliamentary Under-Secretary of State for Scotland, The Minister of State, Northern Ireland Office

The Government is committed to protecting the UK Internal Market by ensuring that Northern Ireland goods have unfettered access to the rest of the UK. To facilitate the significant trade between Great Britain and Northern Ireland, we have launched the UK Trader Scheme and the Movement Assistance Scheme to support traders moving goods under the Protocol.