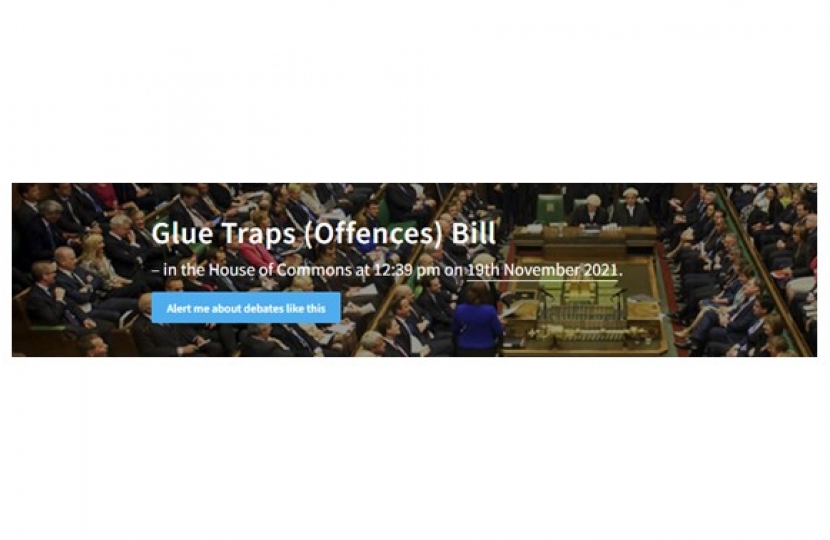 A housing estate in my constituency has plagues of rats—so much so that I have seen them going round on the fencing and into people’s houses where their young children are trying to play. What is my hon. Friend’s view about rats?

Where do I start? That is a horrendous problem; once such problems get out of hand they can be extremely difficult to get under control. I hope my hon. friend will forgive me if I make some progress; perhaps he will hear how we can tackle such things later in my speech. In short, though, in all these circumstances prevention is better than cure, and alternative methods can be used to help with situations such as the one he described.

...later in the debate

It is a pleasure to follow my hon. Friend Jerome Mayhew. His last point was very important, and I hope it will be taken on board by the promoter of the Bill. I wish my hon. Friend Jane Stevenson well and I hope that she is soon back in her place in this House.

In my many years of assiduously attending Fridays, I have seen some extraordinary Bill titles, but this is the first time that we have had what is essentially a rat protection Bill. It is difficult to explain to our constituents that we need to protect rats through legislation. Rats carry disease, particularly Weil’s disease which, as my hon. Friend Dr Spencer will know, is a bacterial infection also known as leptospirosis. It is carried most commonly in rats and can be caught by humans by being in contact with rat urine or faeces. There are a significant number of cases of Weil’s disease in our country every year.

We know that rats breed incredibly rapidly, and reference was made by my hon. Friend the Member for Broadland to that. The figures are that brown rats can have 2,000 babies in a single year. It is commonplace to have 22 in a single litter. For that reason, we should take very seriously what seems to me to be growing evidence of a plague of rats across large parts of our country. In my constituency, there has been what I regard as inappropriate housing development on former forest and heath. What has happened in many respects is that the rats that were living there naturally beforehand have taken over the new area that has been built and are creating mayhem for residents.

Why are we bringing forward legislation that is effectively designed to try to make people think of rats as friends rather than enemies? They are enemies to our public health. If we are going to wait for two years before we introduce these constraints and the regulations set out in the Bill, what will be the test as to whether things have improved in that period?

I appreciate the points that my hon. Friend is making, but I want to clarify a point before he carries on down that road. The Bill is absolutely not to protect rats; I certainly would not support a Bill that protects a rat population. If there are rat populations in his area, as he suggests, perhaps the banning of glue traps will not make any difference to that, because they are not making any difference to that at the moment. There are other methods in circulation that are more effective and more cost-effective. If there is a problem such as the one that he describes, a licensed pest controller can be brought in to deal with it forthwith.

I can assure my hon. Friend that licensed pest controllers have been very active on this housing estate. I have spoken to them, and they have said that it is fantastic; it is money for old rope, because nothing that they do has any lasting impact, which is one of the problems.

Some people—this happens with farmers and people who keep chickens and so on—say, “To deal with rats, I am going to get a cat as a ratting cat”, but what do cats do? They do not only attack rats; they also attack birds and wildlife, so much so that that is a real crisis in our country. Rats themselves often attack small birds, and they certainly take birds’ eggs. We would be going down a very slippery slope if we tried to treat one of these areas of the whole balance of nature in isolation. Basically, nobody likes the idea that glue traps will result in suffering for other animals, any more than I like the idea that as a result of the behaviour of cats, a lot of birds are dying needlessly. We have got to have a balance.

I am concerned about this Bill, and I do not think my constituents will understand it at all. I hope we can have stronger confirmation from the Government that we are going to eliminate rats before we start dealing with eliminating the means by which we may be able to control rats. As I said at the beginning, rats and rodents are dangerous to public health, and we ignore that at our peril.

...later in the debate

The Minister has covered many points of concern that have been raised. Will she also tell us about her Department’s policy on the burgeoning population of rats that are such a threat to public health? What is her Department doing to reduce the number of rats?

Jo Churchill The Parliamentary Under-Secretary of State for Environment, Food and Rural Affairs

We are working with pest control companies and so on to ensure that they have all the tools at their disposal to keep down the population of rodents—both rats and mice—appropriately in areas such as those mentioned by my hon. Friend, where housing has perhaps encouraged a bigger population. We want to ensure that such companies can use effective measures to control that population.

I am glad that Frazzle came up. My hon. Friend Dr Spencer brought Frazzle into the conversation on Second Reading of the Animals (Penalty Notices) Bill the other week. I thank my hon. Friends the Members for South West Hertfordshire (Mr Mohindra) and for Bracknell (James Sunderland) for the points that they made about when traps might be needed.

The licensing regime will allow conditions, such as the monitoring of traps, to be placed on their use in order to safeguard welfare. This will also allow for the scale of glue traps used by pest controllers to be monitored. The provision in the Bill for inspection of authorised pest controllers will ensure compliance with licences and allow enforcement if terms are breached. A transition time of two years will also allow us to work with the devolved authorities to ensure that we walk in lockstep, hopefully, as we improve the situation and ban glue traps.