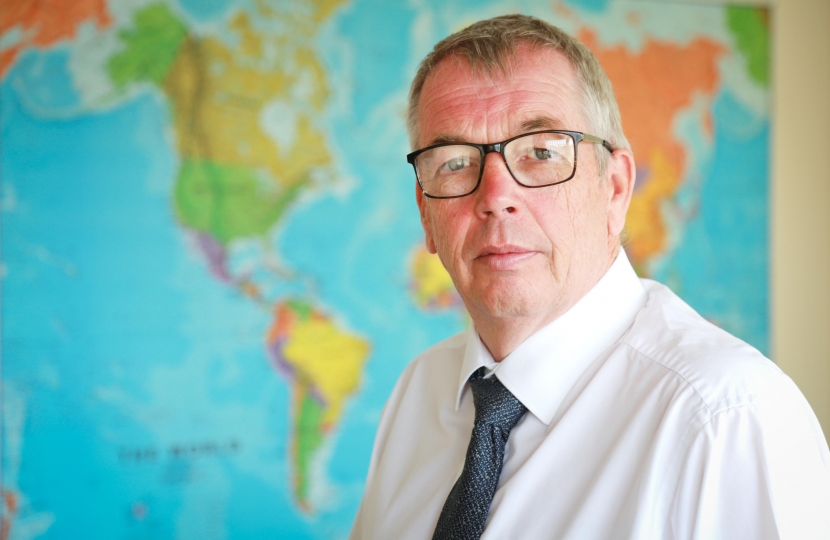 Voters in Dorset have been urged to back Brexit at the ballot box to ensure a swift departure from the European Union. Dorset’s leading Brexiteer Simon Boyd said a strong showing for the Conservative Party was vital in the General Election on December 12.

Simon, who is Managing Director of Christchurch-based REIDsteel, has been campaigning for the past 30 years against bad EU directives and regulations that impact on British business and to retain British Standards, which are seen by many as the finest in the world.

He said: “While there are many important issues at stake in the forthcoming general election by far the most critical at this point in time is Brexit. The only way for a swift and successful departure from the EU is for people to support the Conservative candidate in their constituency so we can get this stage of Brexit done by the end of January. Then businesses, and their employees, will be able to move on with confidence while the Government begins to focus on future free trade agreements which will benefit us all.”

Simon is a member of the Confederation of British Industry’s (CBI) manufacturing council and has worked at local, regional and national level to campaign for Brexit. He has shared platforms with leading Brexit campaigners including politicians Jacob Rees-Mogg, Steve Baker, Iain Duncan Smith, Dominic Raab, Boris Johnson and David Davis.

Simon said: “Anything but a Conservative majority would be devastating for our country. The alternative is stark: a Corbyn government which would destroy the country and plunge us into a purgatory of delays, expense and uncertainty. A vote for the Liberal Democrats would be just as dangerous and could end up in a Corbyn government.”

Voters go to the polls in the general election on Thursday December 12, 2019.

REIDsteel is a 130-strong structural steel firm which design, makes and builds all types of steel buildings, including their cladding and glazing. It works through the UK and exports all over the world.