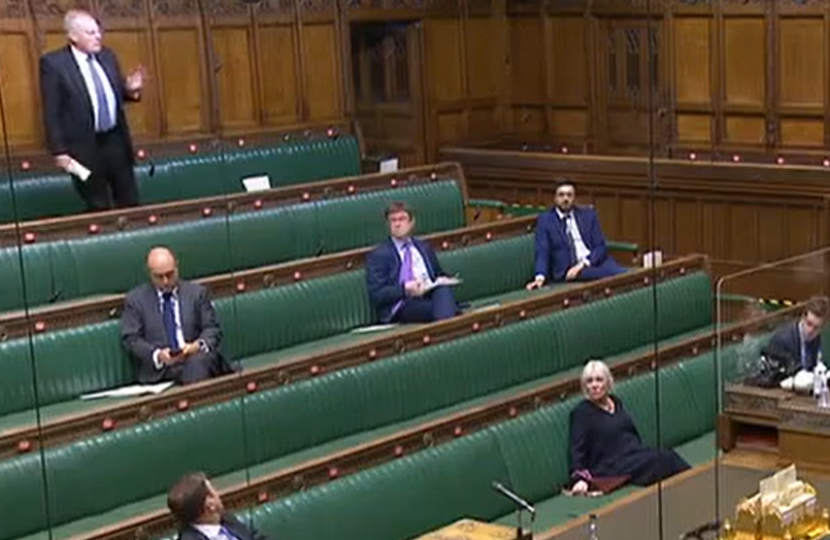 Please see below the text as taken from Hansard of Sir Chris's Point of Order in the House of Commons regarding Named Day Questions:

On a point of order, Mr Speaker. Following on from your reference to named day questions, may I ask what can be done to ensure that we get timely responses to those questions? I have 12 outstanding named day questions to the Department of Health and Social Care, one of which is over six months late. Others are over a month late, including questions the answers to which I think might be of interest to the Prime Minister—for example, about policy relating to those who are immune through antibodies. I have also raised one matter not just as a named day question, but twice during debates on the Floor of the House, when I have asked the Department, and the Secretary of State in particular, for the evidence in support of the assertion made to the House on 1 October that “hundreds of thousands of deaths…would follow” if the Government “just let the virus rip”.—[Official Report, 1 October 2020; Vol. 681, c. 503.] Where is the answer to the very reasonable question that I submitted?

I know that the hon. Gentleman—as a person of long standing in this House, and great knowledge —knows that there are other avenues to pursue. Let me say once again that it is totally unacceptable for Members of Parliament not to get responses within the named time. The Procedure Committee will be listening to what we have already said, and I know that the Leader of the House is very concerned. The title is “named day questions”, and those questions should therefore be answered as such. It is completely unacceptable for questions not to be answered after six months. I am tempted to say that if there were an urgent question to be asked on the subject of named day questions, one could be tempted.