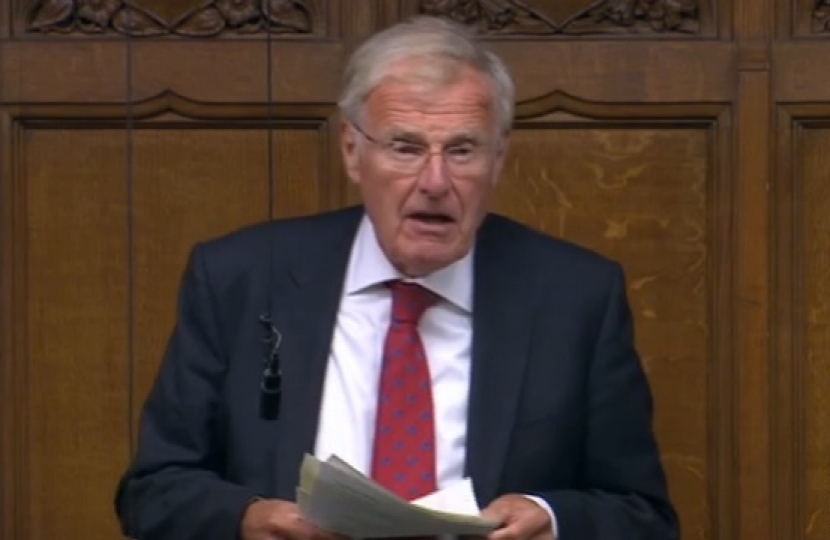 Please see below the text as taken from Hansard of Sir Chris's Point of Order:

Further to that point of order, Mr Deputy Speaker. I want to raise the issue of the inconsistency between quite a few of these remaining orders. Because of the delay in introducing these orders, some of them amend orders that are earlier on the Order Paper. We know that members of the public find it increasingly difficult to comprehend the changing scene of regulation on criminality and restriction of liberty. Surely if a regulation is amended by a subsequent statutory instrument, there should not be a need for the original statutory instrument to be approved by the House. For example, there are two separate statutory instruments relating to the north of England, one dated 25 August and one dated 2 September, and they are inconsistent with each other. Can you explain the reason for this confusion? Would it not be much better if—as I thought the Government had already promised—every regulation brought forward was debated at the earliest opportunity, before the Government had a chance to change their mind?