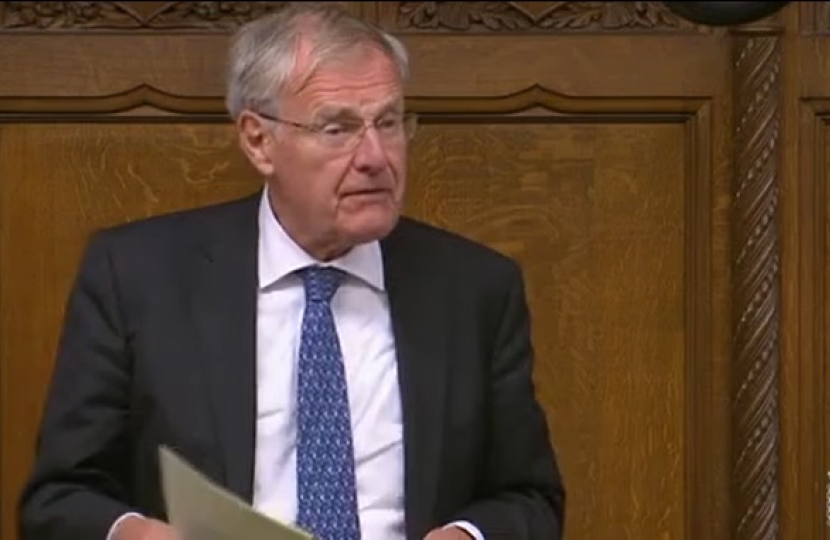 It is a pleasure to follow Taiwo Owatemi, and I share very much her frustration at the impossibility of getting clear answers from the Government on so many of these important questions.

“Necessity is the plea for every infringement of human freedom. It is the argument of tyrants;it is the creed of slaves”— those words from William Pitt were included in an email from one of my constituents complaining about the way in which this Government are treating the constituents in Christchurch and so many other people in this country.

What is the necessity for what the Government are bringing forward today? I asked on 8 October whether the Government would publish the evidence in support of the Secretary of State’s statement on 1 October that “hundreds of thousands of deaths…would follow”—[Official Report, 1 October 2020;
Vol. 681, c. 503.]— if the Government just let the virus rip.

There has been no answer to that question—no attempt to answer it—nor has there been any justification for the arbitrary introduction of a 10 o’clock curfew.

Does my hon. Friend trust the prognosis of Professor Ferguson, whose estimates have been proved wrong again and again and are wildly exaggerated?

I do not trust them at all. I shall refer to the evidence from Sweden, because the Prime Minister’s challenge to his critics was to put forward an alternative. The Swedish approach is clear and simple—it is to trust the people and make them responsible for their own health and welfare. I looked at the figures for Sweden for the first week of October. Only seven deaths were recorded in Sweden in the whole of that period and today, not a single death was recorded in Sweden. The Swedish Public Health Agency recommends that household isolation and quarantine should exclude those who have provisionally tested positive for covid-19 or have been confirmed to have antibodies in the last six months. I tabled a question asking why that category of people cannot be exempt from these regulations. Again, I have not had an answer, although the time when it should have been answered has long passed. This is intolerable—the arrogance with which the Government are treating us as elected Members of this place.

Swedish common sense is to the fore. They have restricted gatherings not to six, but to 50. They allow nursing homes to decide their own visiting policies. They regard the rules about face coverings as simplistic and irrelevant. Again, on face coverings, I tabled a parliamentary question on 25 September asking the Secretary of State

“whether the introduction of regulations requiring the use of face coverings was linked to an increase in infection rates of covid-19”.

It will not have escaped your notice, Mr Deputy Speaker, that since those regulations were brought in, there has been an exponential increase in the infection rate in this country. Have I had an answer to that question? Of course not, which suggests that the Government do not even want to face up to the evidence that face coverings are counterproductive and are leading to a false sense of security.

In Sweden, two thirds of all deaths from covid-19 have been in the over-80 age group. That is similar to the situation here, and all the United Kingdom restrictions have so far given the average member of this country—the UK citizen—an extra half-day of life. These new restrictions that are coming in will not even give that, because the collateral damage that is being caused will actually reduce life expectancy further.