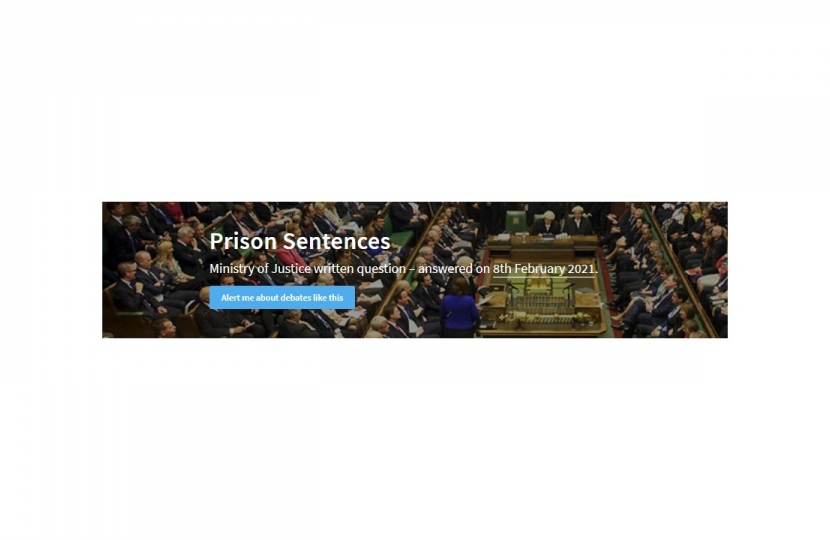 Written question to the Secretary of State for Justice:

To ask the Secretary of State for Justice, how many prisoners in England are currently serving sentences of Imprisonment for Public Protection; and when those prisoners will be released.

Lucy Frazer The Minister of State, Ministry of Justice

Prison population data, broken down by sentence type, are published quarterly. As of 31 December 2020, the number of prisoners in England and Wales serving a sentence of Imprisonment for Public Protection (IPP) who have not yet been released was 1,849, down from 2,134 on 31 December 2019. (This does not include those serving an IPP sentence who have previously been released but are now back in custody following recall.) IPP prisoners continue to have a high chance of a positive outcome from Parole Board hearings. In 2019/20 72% of Parole Board hearings resulted in either a recommendation for a progressive transfer to an open prison or release.

A prisoner serving an IPP sentence will be released only when the independent Parole Board concludes that the risk they present to the public is capable of being safely managed by the National Probation Service and its partner agencies in the community.