The FIRST 100 DAYS of a Conservative Majority Government 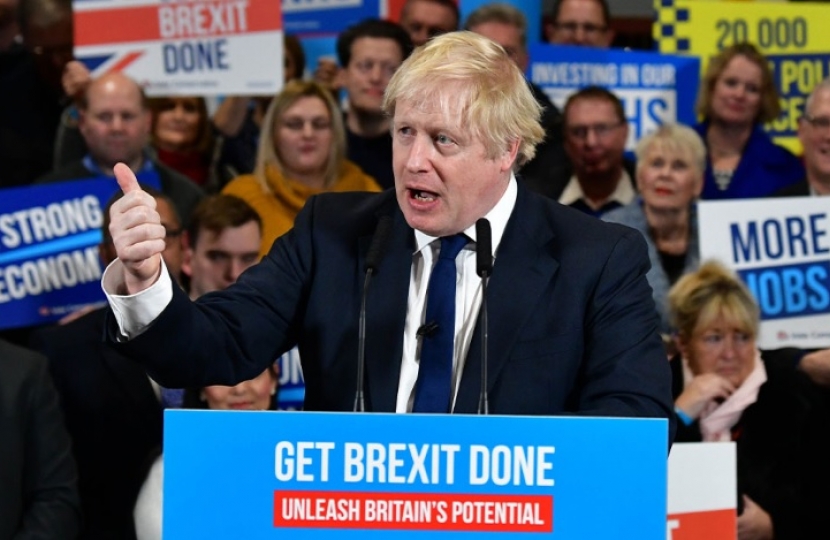 The first 100 days of a Conservative majority Government would see the passing of the Prime Minister’s Brexit deal, a Queen’s Speech to introduce key domestic legislation covering law and order and health and a post Brexit Budget to take advantage of the opportunities before us. But this is all at risk from a hung parliament, which is a very real possibility.

If given a majority, a Boris Johnson Government will, by 22nd March – 100 days after the General Election – have passed the Withdrawal Agreement and delivered Brexit.

Before 100 days are up, a Conservative majority Government would have also taken the following actions:

Before the 100 days are up, we will have introduced legislation to create:

“This is the most important election in a generation – important because it will define if we go forward as a country or remain stuck, stalled, repeating the same arguments of the last three years with yet more damaging uncertainty.

“In just seven days time the British people will have to choose between a working majority government or yet another gridlocked hung Parliament.

“If there is a Conservative majority next week, we will get Brexit done by the end of January. 2020 will then be the year we finally put behind us the arguments and uncertainty over Brexit. We will get Parliament working on the people’s priorities - delivering 50,000 more nurses and 20,000 more police, creating millions more GP appointments, and taking urgent action on the cost of living.

“But if the Conservatives don’t get a majority, then on Friday 13th we will have the nightmare of a hung Parliament with Jeremy Corbyn as Prime Minister propped up by Nicola Sturgeon’s SNP. Next year will be Groundhog Day in Parliament with MPs arguing every day about the referendum and businesses and families left in limbo, unable to plan their futures.

“With Corbyn, 2020 will be the year of two chaotic referendums on Brexit and Scottish Independence creating more uncertainty. Nothing else will happen. I believe the British people will choose to go forwards and not return to the nightmare of a broken hung Parliament.”