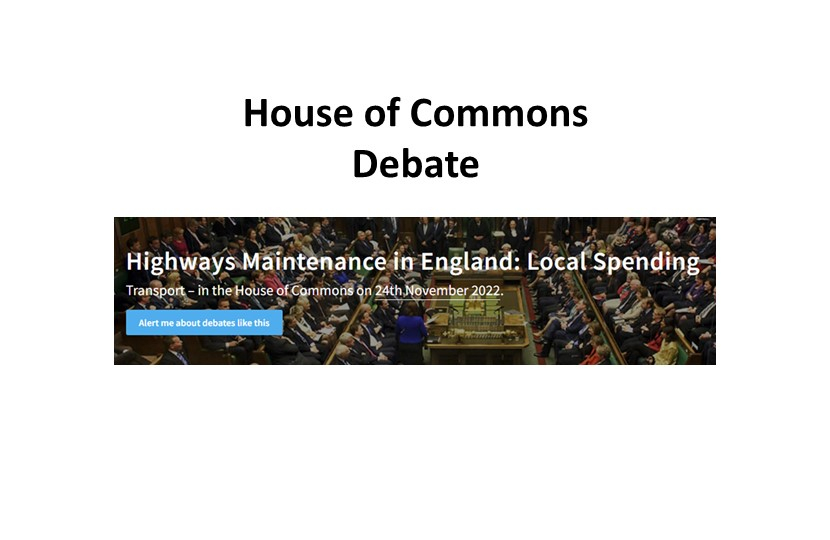 The Department for Transport allocates capital funding to local highways authorities so that they can most effectively spend it on maintaining and improving their respective local networks, based on local knowledge, circumstances and priorities. It is up to the highways authorities how they spend that funding to fulfil their duty under section 41 of the Highways Act 1980.

Is that not a rather complacent response? A lot of the £500 million allocated last year to local authorities in England for highway maintenance was not spent on highway maintenance, so it was effectively a fraud on taxpayers. Will my hon. Friend please ensure that next year, the allocations of money to highway authorities are made contingent upon them showing that last year’s allocation was spent on highways?

I thank my hon. Friend for his comments. Local highways maintenance is a critical service provided by local authorities. In recognition of that, a central highways maintenance fund has an incentive element built in to drive best practice. However, it would be counterproductive for central Government to go beyond that and override local leaders, who have the best understanding of the needs of their local areas. This approach is in line with the wider Government funding framework led by the Department for Levelling Up, Housing and Communities.