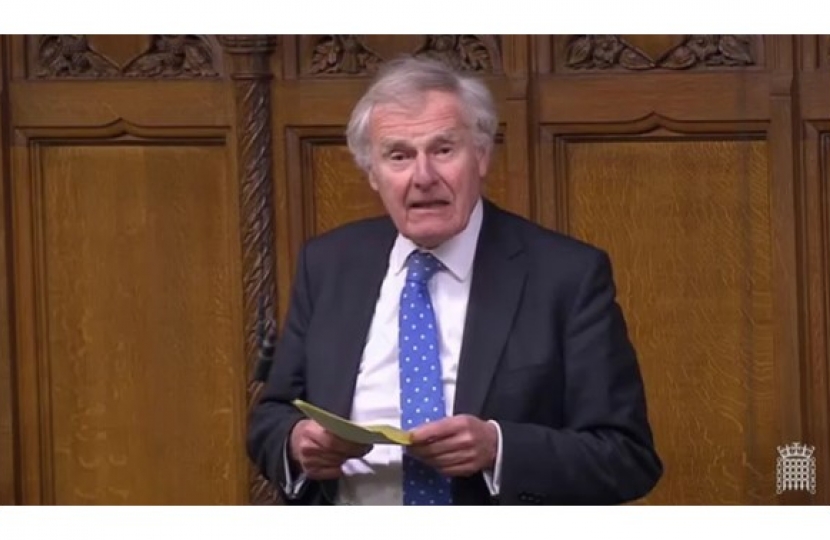 Chris Chope expressed his concern that the dynamic economic benefits of low taxes had been forgotten and that the 30% increase in Corporation Tax is a mistake, when he spoke in the House of Commons during the debate on the 2021 Budget.

For his full speech, see below.

It is a privilege to be able to participate in this debate on the Budget, which is in a sense rather like an economic Olympics because so many records have been broken. The tax burden in 2025-26 will be 35% of GDP—the highest in over 50 years. The public sector net debt will reach 109.7% of GDP in 2023-24, which will be the highest in 60 years, and we know that the deficit in the current year, at 16.9% of GDP, is the highest in 75 years. As Allister Heath in The Daily Telegraph has reminded us today, it is the first time that there has been an increase in corporation tax since Denis Healey’s “pips squeak” Budget of 1974—47 years ago.

The Office for Budget Responsibility believes that the consequence of the changes in corporation tax will be an increase in the cost of capital and reduced business investments, and that that will, in turn, lead to lower productivity and lower wages. The question that I hope the Minister will answer later is why the Chancellor did not listen to people such as Sir Paul Marshall, an extraordinarily successful wealth creator, who sits on the Government’s Industrial Strategy Council. He has argued for a post-Brexit corporation tax strategy that is globally competitive and attracts inward investment. He calls it an aspiration to create a “Dublin-on-Thames”.

That is a reference to the success of Ireland, with its headline corporation tax rate of just 12.5%. Apple, Boston Scientific, Dell, Facebook, Ingersoll Rand, Merck, Oracle and Pfizer are all international companies that have put their headquarters in Ireland or that book their revenues through that country because of the Irish policy of attracting inward investment by having very low levels of corporation tax. Arthur Laffer popularised supply-side economics by drawing diagrams on napkins, one of which I have at home. The Laffer curve suggests that that works. When we had corporation tax at 28% in 2010, it delivered a yield of £43 billion, but when it was reduced to 20% in 2018-19, that yield had risen to as high as £57 billion. That is the supply-side effect—the Laffer curve—operating effectively.

This morning, the Chancellor of the Exchequer was challenged on the radio about why he believes that the dynamic effect of lower taxes no longer applies. I have to say, the Chancellor equivocated in his answers. He said that higher yields from lower taxes are more likely due to cyclical effects. He also said that there had not been the step change in capital investment due to lower corporation tax over the last three years, but he omitted to make any reference to the uncertainty over Brexit.

The Government say that they have to ask the taxpayer to pay to repair the damage caused by the economic car crash of the pandemic, but as everyone ought to know, those seeking compensation for such crashes have a duty to mitigate their loss. My concern is that the Government are not mitigating their loss. Why should taxpayers pick up the cost of accommodating, as the Chancellor put it, the “most cautious approach” to restoring social and economic freedom? UKHospitality estimates that the costs of not reopening to hospitality on 1 April is £9 billion, and that does not include such things as weddings and so on.

My concern, which I hope will be addressed in the Minister’s response to the debate, is this. Allister Heath in The Daily Telegraph today said:

“This was an avoidably bad Budget that will haunt the Tories for years to come.”