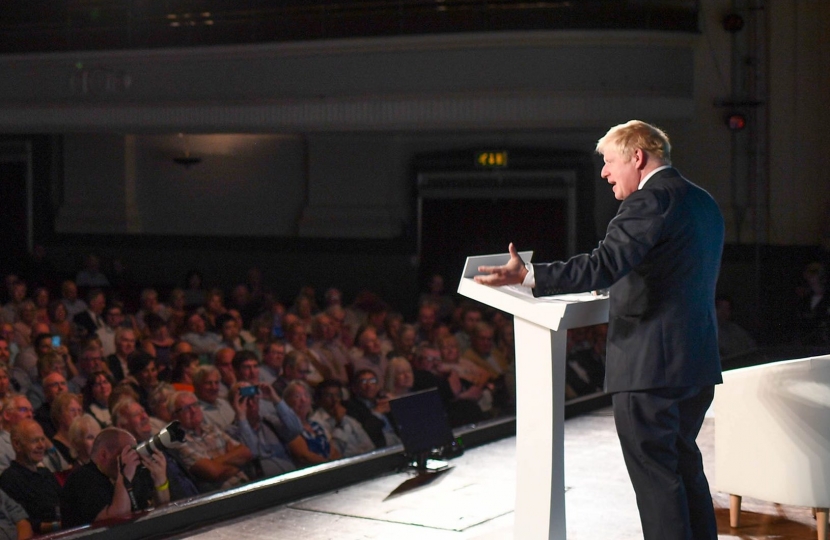 Chris Chope has given his full backing for Boris Johnson’s initiative to have a fresh Queen’s Speech and a new Session of Parliament on 14th October.  Ending the current session, the longest in over 400 years, is long overdue.

This initiative will help concentrate EU minds on offering a constructive response at the EU summit on 17th October.  Efforts by disgruntled, disloyal Conservative MPs in defiance of the 2017 General Election Manifesto to prevent a no deal Brexit have been sabotaging our national interest.  This is because the EU will not seriously renegotiate “the deal” while it hopes and believes that the UK Parliament will prevent the alternative of a “no deal” Brexit.  Let us not forget that the EU’s preference would be for the UK to remain in the EU.  If “no deal” is taken off the table, it plays into that EU agenda.

Many of those who argue against “no deal” are using it as a cover for their desire that the UK should remain in the EU, despite the referendum result. The best way of flushing out these enemies of democracy would be for an amendment to be proposed to revoke Article 50.  That is the only sure way of defeating Brexit and such an amendment would be heavily defeated but it would have the benefit of putting on record all those MPs still intent on frustrating the will of the people.

The public popularity for the Prime Minister’s energetic, clear and determined leadership is palpable.  Messages of encouragement and support will be forwarded to the Prime Minister if you use the contact form on this website.

To ask the Secretary of State for Business, Energy and Industrial Strategy, pursuant to the Answer of 24 February 2020 to Question 14949, how many of the 33,860 scaleups identified are in (a) Dorset and (b) the South West of England.